Bonus: I'm just over here busting up the odds

This post looks to be a follow up to yesterday's whinging about studying for boards, so you can ignore it if you like. But sometimes, when you're fearing the future, it helps to look backward. So here I go. I spent a large portion of my life going with the flow. And that's ok, if it makes you happy. I learned early on that making waves gets you unnecessary attention (detention?), and it's better to just keep your head down and take whatever comes. Good societies are built on everyone following the rules. But progress depends on people -- just every once in a while -- asking "but what if we...?" The majority of people in this world are content to check off their to-do list every day and keep putting one foot in front of the other, and that's OK. But there's always been this huge "but what if I...?" bouncing around in my head. It's really hilarious when I meet someone new and we are making small talk about what we do as a career, what makes up our family, or what do we like to do for fun. Oh, you have six children? WOW! Oh, you're in medical school at 43? OMG! You've lost 100 pounds in the last year? WHOA!

See, I didn't set out to do anything out of the ordinary, or stuff that people don't normally do, or anything that would statistically be something out of my reach. But here I am, doing all that stuff! I can't tell you how many times someone has said, oh well, the odds of that working out for you successfully are pretty low. I honestly didn't see it as a challenge. I just kept working towards what I wanted waiting for it to not work out. Except, so far it has worked out. SO I keep going. So when I whinge about boards and whether I feel like I'm going to pass, it's kind of like wondering if this is the part of my journey where they finally tell me I can't go any further. I'm way further out on the rope than I ever imagined I'd get. And I won't be content to stop here. If I don't pass COMSAE, I'm going to take it again. But I really hope I pass. If I fail COMLEX, well I'm going to take that again too! I don't feel hopeless or discouraged, I just feel REALLY REALLY NERVOUS.

And then today I was scrolling through Facebook after my workout, and I saw a video about Mandy Harvey. She lost her hearing at 18, and thought she would have to give up singing. But she didn't. She taught herself how to sing in a new way, and she's super good at it, too! So she goes on America's Got Talent and makes Simon Cowell cry. Mandy joins the ranks of my heroes, which includes the Chewbacca Mom, Melissa Radke, and Buffy the Vampire Slayer. Girl Power! Anyway, I'm including the video from her performance. I was going to just make a Facebook post and share it, but then I started having all these thoughts, so I blogged instead. I'm sure your FB scroll button will love me for that.

So I've reached the point in studying for COMLEX Step 1 that I'm sure every medical student does at some time in their dedicated study block: I HATE EVERYONE. Not really, I don't hate anyone at all. But I keep catching myself watching people going about their lives doing things they want to do and having fun and zero cares. AND I AM SO JEALOUS. I see cars parked in front of shopping centers or restaurants, and I think about how all those people have all this time to do whatever they want, and I'm sitting here cramming more diseases in my head than it could ever possibly hold.

We are one week from taking COMSAE, which is the practice test that determines whether my school will allow me to take COMLEX on June 28. I'm convinced no one else in my class is struggling with this as much as I am. I feel like everyone is going to pass it with flaming flair, and I'm going to be sitting there with an almost but not quite good enough score. And that will send all the plans I have spiraling down the toilet. I've been following a study schedule, and most days I am happy with my practice questions. But, the last two days have been less than stellar, and I feel like stuff is falling out of my head faster than I can put it in. I can't decide if I need to study harder or take a break.

So yeah, when I am sitting here at Panera sucking at COMQUEST, I look out the window and there's a lady sitting at a table sipping a coffee and scrolling through her phone, and I think UGH why did I go to medical school? I guess I'll have to come back and write a follow up post answering that question, because nothing is coming to mind.

I think what I'm going to do right now is put up my computer and books and go do something normal humans do. If my head stops swirling with all the stress and stuff, I'll do another round of questions before I go to bed. 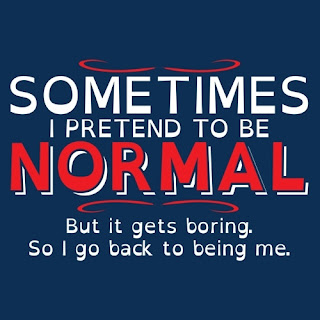