I started getting the idea for this blog post this week, and I wanted to make sure before I dive in that everyone who reads this doesn't misunderstand me. While I might whinge and moan about how difficult medical school is, I do not want anyone to think that I am ungrateful for this opportunity. I talk to a lot of people who are smart and qualified who have not been accepted into medical school. These are people who probably look a lot better than I do on paper and in interviews. So I do not want to give the impression that I am not content with where I am. The other side of that coin is that I want to be real. A lot of people live their lives thinking that at some point in the future, they will find "happy." If I weigh a certain amount, if I get into this school, if I drive this car, and if I can wing my eyeliner just right, I will exist in this place called happy. I won't lie, there is a special satisfaction that comes with getting that eyeliner winged perfectly.

But at the end of the night after wowing the public, ya gotta wash that stuff off, right? Otherwise you wake up in the morning looking like an SVU victim found in an alley. 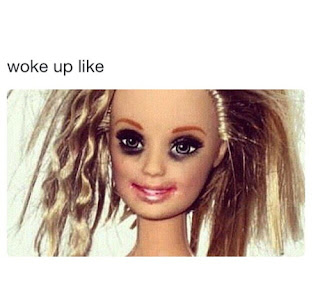 So that kind of happiness is temporary -- but that's another blog post for another time. Having said all that, let's go.

Some days I can't find the motivation to get in the car and do the same thing all over again. When school first started, this was not a problem. I'd get up at 6am, take a shower, get dressed in my snazzy new business casual attire, and hit the road like: 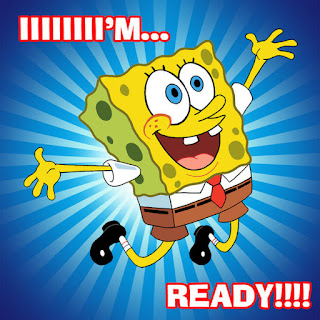 ESPECIALLY on test days. I have spent the better part of two years (which isn't really a long time, is it?) getting up, getting dressed, and going to class. We sit in the same chair next to the same people and listen to other people talk about (and show gross pictures) of disease processes and sometimes even some normal stuff. A few days a week, we come in and take exams. It gets monotonous. Becoming a doctor pretty much sucks up all the hours in a day, and that stretches into weeks, and months, and years. I think I understand why a lot of doctors get salty about their patients consulting Dr. Google after spending so much time learning the ins and outs of the human body so that we can treat them properly.

So what do you do to keep your head on? Well, it takes some extra work and time (which are things that aren't plentiful), but it can be done. One of the things that helps me is music. I LOVE music, and I have some pretty varied tastes in that area. I have a Spotify subscription, so I like to make playlists. I have a playlist for just about everything. I organize them according to artist sometimes, and then I have some that are specific to situations. Then I have my starred playlist, which is huge and always growing. It's just songs that I've come across that I like. Most of the time I just set that one to shuffle, and I'm good. HB teases me that I don't have any music from this decade on that playlist, and he's pretty close to right. So then I have this one playlist, and it changes a lot because I find new stuff to stick in there and I get tired of some of the older ones. It's called I Don't Want To. I think it was originally called Monday, but the new descriptor is more fitting, because it doesn't just happen on Mondays. I think every song that gets to be on this playlist so far has been an upbeat tempo that just gets you moving, but also has lyrics that motivate me. "Don't Bring That Trouble" by Needtobreathe has been on there for a while, and I don't see it getting retired any time soon. "Unstoppable" by Sia is a new addition. I don't want to put down a complete list here of songs, because I think it's a good idea to find your theme songs to populate your Motivational Playlist.

Make a playlist, and walk into class like this:

No, it won't change the monotony of medical school or make you a better student, but it might just help you get through another day of I Don't Want To. And eventually you will cross those off your list and get to better days.