Oh Bob. I actually love how this blog has turned into a sort of side dish of movie recommendations along with my musings about medical school. So if you ever want to see me laugh so hard I wet my pants, be sure to watch What About Bob? with me. Bill Murray can make me laugh when no one else can. His scene in Zombieland is quite epic as well, so add that one to your list. I think the made-for-TV version might be a safer pick, though. I hear the movie version has some questionable material, if that offends...

I posted on my Facebook page yesterday about something, and then a conversation ensued, and I thought I'd talk about it a little here. I posted a quote from a guy on tumblr that really did resonate with me. He was talking about when people get sick (such as a cancer diagnosis), and they say things about how God allowed it, or is working some kind of end result in them, or something of the like. I don't have a problem with people saying or believing that, especially if it brings some amount of comfort for them. I guess what bothers me about it is saying that somehow God caused it to happen, or allowed it because of something in their lives. Without getting too deep into what I believe in that regard, I don't believe God sends you cancer because you messed up. I do believe that there are certain conditions where some disease processes are more likely to be seen as a result of behavior and possibly even attitudes. I don't have any scientific evidence, however, so I keep that kind of stuff to myself for the most part. But often in answer to people who ask how could God allow such and such to occur, I can only say I can't imagine going through that without being able to lean on God and the church. I don't look at God as some kind of cruel taskmaster, but when bad things happen, I see Him and the church as a source of comfort and help. I wonder how people who don't have that in their lives manage to cope, because it's a huge source for me.

However, a conversation resulted that was very interesting to me. It seems a lot of people believe that communicating how you are truly feeling and how a situation is affecting you can sound like a lack of faith, and people will correct you on saying anything negative. Thankfully, you can see those kinds of people coming, and keep your communication with them strictly surface-only. How are you doing? How is HB doing? Me: Improving every day, thanks! 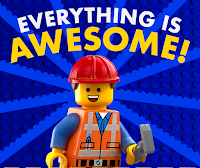 Of course, there are also the people who want to know EVERY SINGLE DETAIL of his condition, and I like to reserve that kind of information in case he doesn't want everyone to know it. Sometimes I would like to make something crazy up just so they get an idea of how much they are intruding. I don't, but I do tell my family what jumped in my head so they can get a good laugh out of it. I have to be careful though, the last time I did that, HB almost fell off his chair and ruptured his spleen. (LOL!)

So just like Bob up there walking around with a bunch of problems -- whether they be crazy phobias as in his case, or the worries of HB's health and upcoming surgery -- just chanting to yourself that you are OK is just not going to fix anything. I'm definitely all about being positive, because it just *feels* better. But don't feel guilt if you are in the middle of something SUPER heavy, and you just can't smile and wave and pretend to be OK. You don't owe comfort to anyone else when you are carrying such a heavy weight. Don't be afraid to lean on God and those around you until you can stand on your own. Take care of yourselves, k? 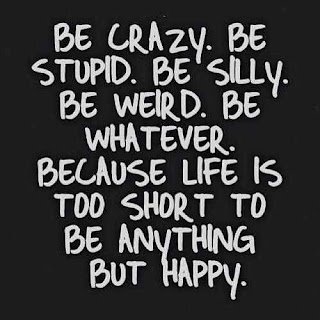