Block Break 5: Keeping silent is what they count on 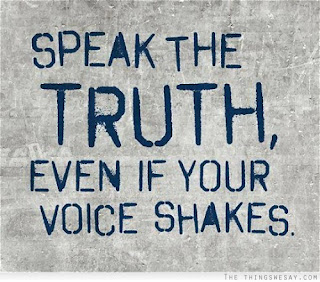 I wanted to use my block break blog post to tell you all about my awesome block break. It was going to be all happy and awesome and smiley. HB and I went to St. Augustine for the first part of the week and stayed in an AirBnB, and we had a blast. But I really can't fill this blog with details about my awesome week. Because Trump.

I'm not sure what kind of world you guys live in, but today I'm going to tell you a little bit about mine. Perhaps that will explain the visceral reaction that I had yesterday when I turned on the news. I apologize for using my med school blog to be political. I'm not political, not in the least. But staying silent is what they count on. Who? The ones who perpetrate the ideal that women are to blame for men's rotten behavior towards them.

I remember very vividly the first time a member of the opposite sex violated my personal boundaries. I was seven years old, and a little boy in my class who had never spoken a single word to me reached out and grabbed my crotch. If the first thing that comes to your mind is that I must have been wearing something or doing something to draw that kind of attention, just get out. Close the window and go. Or scroll up and read again. Seven. Years. Old. I was probably wearing jeans and a t-shirt and sneakers. You might say that some adult taught him this, or he was just a curious child acting out, or whatever kind of trash that people say here. It's not a comfortable subject to discuss, and it's the ugly underbelly of throwing thirty kids into a classroom with one adult to keep the peace. You might even think that it wasn't a big deal, and compared to the crimes that women have endured at the hands of sick perverts, it's less than a 1 on a scale to 10.

But what that incident did to me as a child, as an individual, as a female -- it was devastating. I did not enjoy it or welcome it. But I did not tell anyone. Why? Because as a seven year-old child, I already knew that these kinds of revelations made people uncomfortable, and it wasn't something that people wanted to discuss. So I tried to behave differently so that that kind of thing wouldn't happen again. I stayed far away from that particular kid, and I kept my eyes open. But it wasn't enough.

I rode the bus to school when I was in 4th grade. I was probably about 10 or 11 years old. I learned very quickly to just grab a seat as far toward the front of the bus as possible, because if you walked all the way to the back, there were boys that sat on the edge of the seats on the aisle and would put their hands on you as you walked past. The first time that happened to me, I was groped all the way to the fourth row. You better believe I was behind the bus driver for the rest of the year. I also figured out that if someone was clutching their nose while it was gushing blood that they wouldn't grab your butt. I learned quickly if you gave a boy a bloody nose on the bus you'd end up in detention no matter what they did. I tried explaining to the principal that a boy pinched my behind and I punched him in the nose, and he gave me the boys will be boys talk. So I also learned that it was my fault.

The school bus is the absolute worst place for a girl. Once, I got off at my stop which was right in front of my house. I was a latch-key kid, so no one was home. Another boy got off at my stop (it wasn't his stop) and followed me to my house. I wouldn't open the door, so he pushed me up against the wall in the carport and groped me. I slapped him so hard my hand hurt for days, but thankfully he was more worried about me messing up his face than forcing his way into my house. The next day I got off at my friend's stop so he wouldn't try the same thing again. I got into trouble with my parents because they had to come get me from her house. I'm not sure why I didn't tell them what happened. Maybe it's because I learned in 4th grade that it was my fault.

It's really hard to explain to men what it is like to live in their world. A majority of men have never been thrown around against their will by someone twice as strong as they are, and it doesn't compute that cat-calling feels more like a threat than a compliment. But most women live in a world where they need permission to just be safe. Don't wear this, don't be at this place, don't behave in a way that draws any attention to you as a woman. What people don't realize is that it doesn't matter what you are wearing, where you are, or what you are doing, if a man has the intention, he's going to do it.

You might be surprised to hear that women wearing sweatpants with no makeup and with no alcohol in their system still get raped. Little girls sleeping in their beds at night get kidnapped and murdered through no action or fault of their own. The fault does not lie in a woman's appearance or actions, it lies at the feet of the perpetrator of the crimes against them. I'm not saying that a woman should not seek to protect herself from being in a situation where bad things could happen. But when the first question that comes to your mind when a woman is victimized is whether she was wearing something or behaving in a certain way that asks for it, you are what's wrong. You are perpetrating a culture that excuses horrible behavior by someone who knows better by laying that responsibility at the feet of the victim.

Yesterday I read the article outlining the quotes from Mr. Trump about how he can just grab a woman by her crotch and kiss her without asking because he's "a star," and that he had struck out with this married woman when the ink wasn't even dry on his marriage certificate to his new and improved wife. I am disgusted and horrified that two men had a conversation on camera about sexual assault, and it was something to laugh about, and they didn't see anything wrong with it. Today all of Trump's bootlickers are lining up to make excuses for his actions once again. It was so many years ago, he's changed. Oh? Please tell me about how he's changed. Because I saw his tweets about the former Miss Universe. He ranted for FOUR DAYS about her. Hillary doesn't even have to produce any campaign commercials because all she has to do is put a mic up to his tweets. I'm sorry, you just can't stamp this one with "At least he's not Hillary." I'm certainly not a fan of Mrs. Clinton, so don't misread me here. The presidential office of the United States has certainly been ground under the heel of many of those who have held it, but I honestly do not want to live in a country where Trump is allowed to ride roughshod over the Stars and Stripes. Again, I apologize for going all political, but an America under Trump is not safe for me or any other woman.
Posted by Doc Veebs at 11:35 AM